Book Review: Finding Winnie: The True Story of the World’s Most Famous Bear 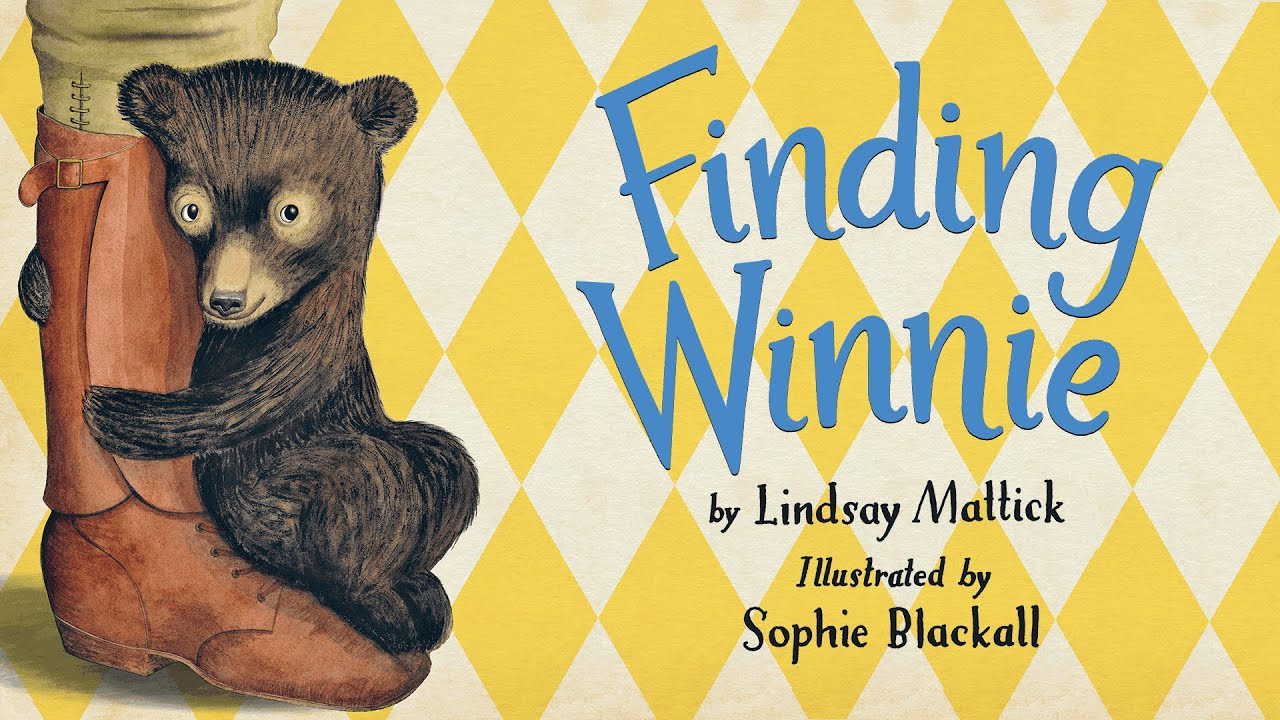 Finding Winnie: The True Story of the World’s Most Famous Bear

Summary
Finding Winnie: The True Story of the World’s Most Famous Bear is the winner of the 2016 Caldecott Medal. The story begins with a young boy named Cole asking his mother to tell him a story.  Though it is late, the mother lays the scene about a veterinarian named Harry Colebourn, who is off to war.  On his way, he comes across a small baby cub on a train platform tied to rope with a trapper at the end of it.  Colebourn buys the baby cub from the trapper and thus, begins their journey throughout the war together.  The bear is named Winnie.
Author Biography
Lindsay Mattick is the great-granddaughter of Harry Colebourn, who brought the story of Winnie the Pooh to all generations.  Mattick was born in Winnipeg, which Winnie is named after.  She recounts the story that her great-grandfather told her a long time ago about a bear he met by the train.  She has shared her family’s story through many different media outlets, and she decided to create picture book for all to read.
Review
Finding Winnie: The True Story of the World’s Most Famous Bear is a non-fiction picture book that depicts the truth about the real Winnie the Pooh.  The story is not told with factual evidence line after line, but it has a story line with young Cole interjecting during story time with mom.   The story keeps readers and listeners engaged with pictures that fill up more than half the page.  It is enjoyable for all readers and leaves the little ones leaving comments and asking questions, along with Cole, about the love of a man and bear.

Analysis of Literary Element
An important literary element in Finding Winnie: The True Story of the World’s Most Famous Bear is the plot.  Winnie the Pooh has been an influential character for many children and adults alike.  This is the true accounts of the real Winnie the bear and his guardian Captain Harry Colebourn.  Since his great-granddaughter wrote the story, many readers are eager to finally learn the truth about their honey-loving idol.  Finding Winnie is a picture book that keeps readers interested to find out about Captain Colebourn and his bear!